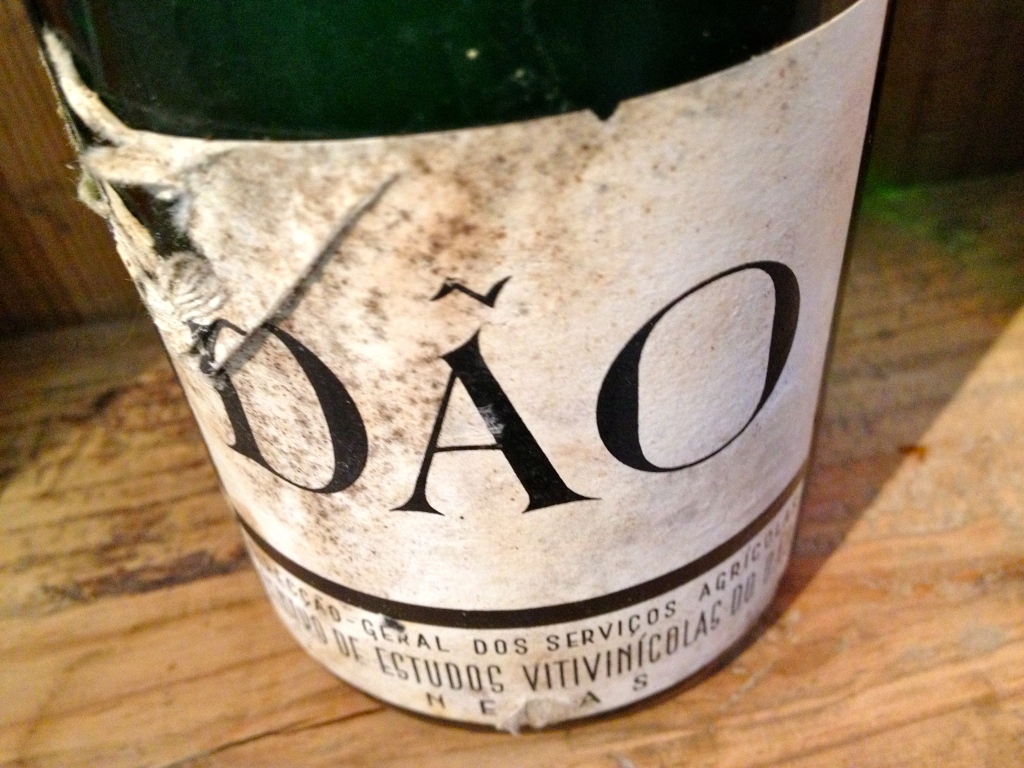 Dão is often called by connoisseurs as the Burgundy of Portugal for it’s ability to produce highly elegant, age-worthy, food-friendly and complex wines. Despite this, Dão still lacks visibility and recognition amongst wine consumers and is often overlooked by wine professionals. Also, little is done at the regional marketing level and promotional activities generally lack differentiation.

It was in this scenario that two Portuguese wine bloggers (Miguel Pereira from Pingamor and Rui Miguel Massa from Pingas no Copo) decided to put their money where their mouth is and organize a series of initiatives to help promote their beloved Dão wine region.

They started with an online tasting called #daowinelover Day. It was a 2-hour event where wine lovers would select a Dão wine to drink and share online with other participants. People started sharing their choices and by the end of the tasting a good number of Dão bottles had been opened and talked about in a few places around the world. It was a promising start and quickly another event was setup.

This time the goal was to get consumers and Dão wineries together under the same roof in one same-day event and so the #daowinelover Meeting was created. The event joined together a few dozen wineries, passionate wine bloggers and Dão wine lovers. Participants came from different parts of Portugal to share their interest for the region, meet the winemakers and taste the wines.

The event was hosted by Casa da Passarella which opened its doors to the whole group including other wineries from the region. An obvious, but rarely seen, attitude in the world of wine. Well done. 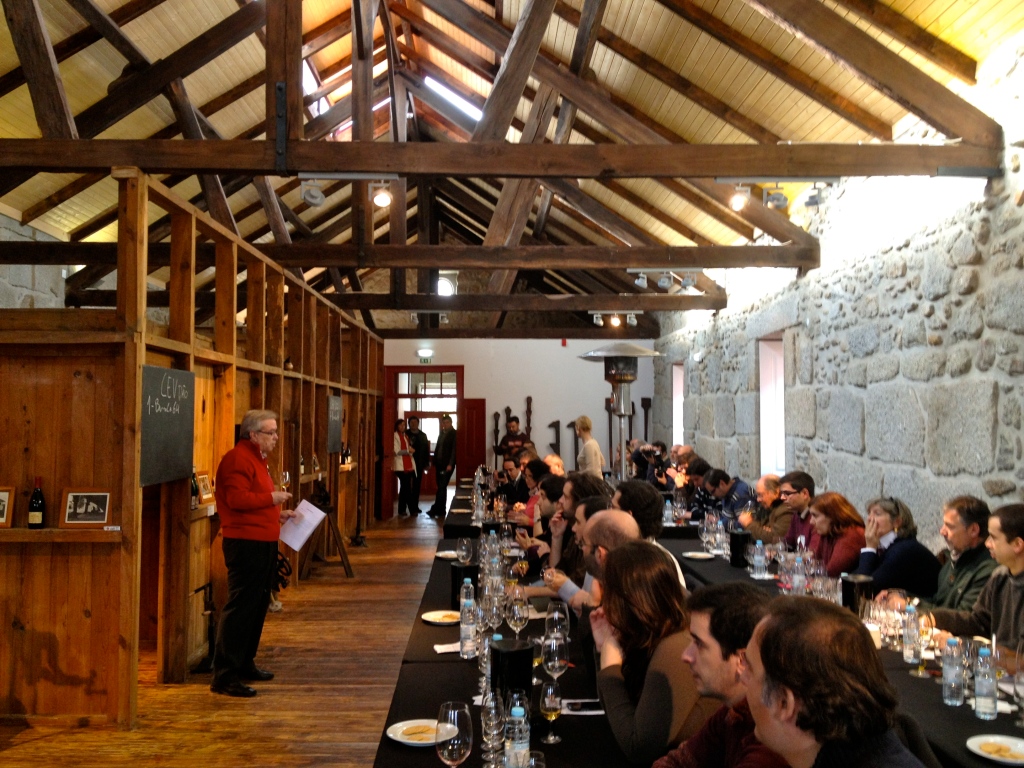 The program included a unique tasting of old Dão wines with the goal of demonstrating their ability to age. The Centro de Estudos Vitivinícolas do Dão brought and presented a few rarities including the 1964, 1974, 1992 (whites) and 1971, 1987, 1996 and 1998 (reds). An incredible tasting with excellent old wines, some of which, almost with 50 years old were showing beautifully. The white wine CEV 1964 is nothing short of incredible, still being able to be enjoyed in all its greatness. If this doesn’t prove Dão’s age-worthiness I don’t know what will. 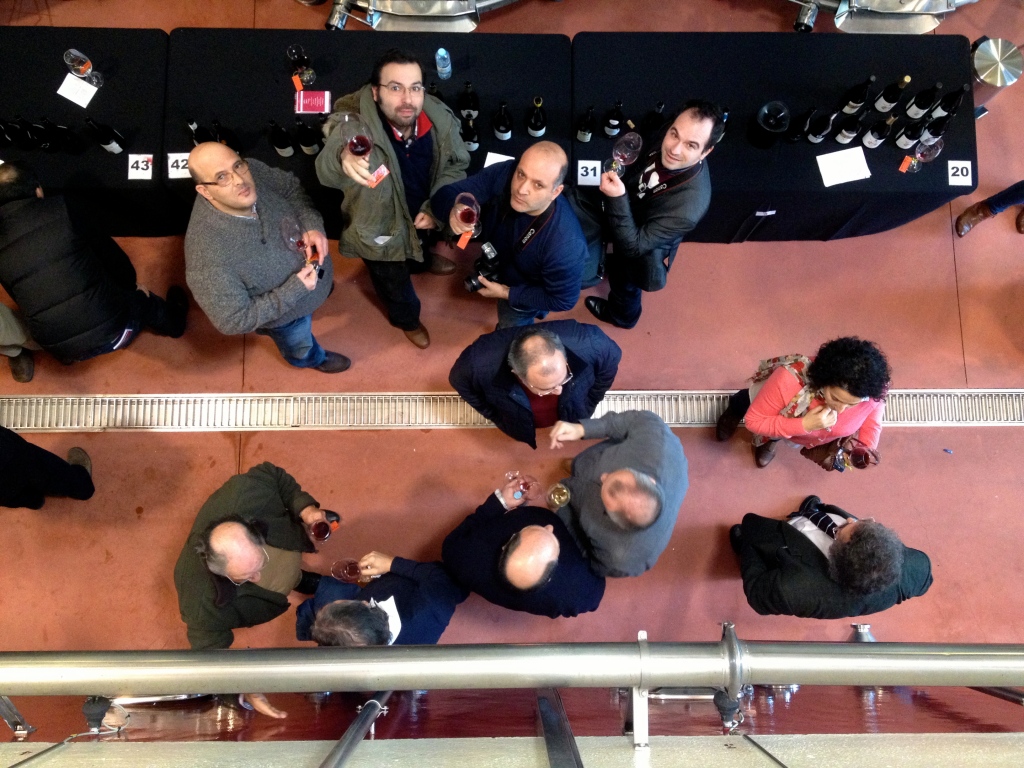 I re-tasted some of my favorite wines and discovered new ones:

The event finished with a group meal which consisted of a very traditional roasted lamb (cooked in Casa da Passarela’s own wood burning oven) paired together with any of the wines available at the tasting. Then Cottage cheese and pumpkin jam for a delicious dessert. A meal that ended with another great conversation opportunity between consumers and winemakers (just as the organizers intended).

It was time to head back home with the feeling of a having lived through a great example of what a group of motivated wine consumers can do for their beloved wines, wineries and wine region.

For a region that was established in 1908 (one of the oldest in Portugal), the Dão wine region has certainly lost its touch with the wine market at some point in its history. For many years little or nothing has been done to promote Dão’s quality and distinctiveness as a wine region to build awareness with wine consumers.

Now a group of passionate consumers decided to act and together with some wineries and key people from Dão, are bringing to Dão some of its well-deserved and much-needed attention and visibility. They are jointly doing for Dão what no winery or institution alone can do.

The fact that a group of consumers can help promote a wine region is as surprising as it is innovative. The Internet has certainly been the tool that allowed relationships to be created and evolve but it is at events like the one I describe above that business and relationships thrive and wineries win in the competitive wine marketplace. 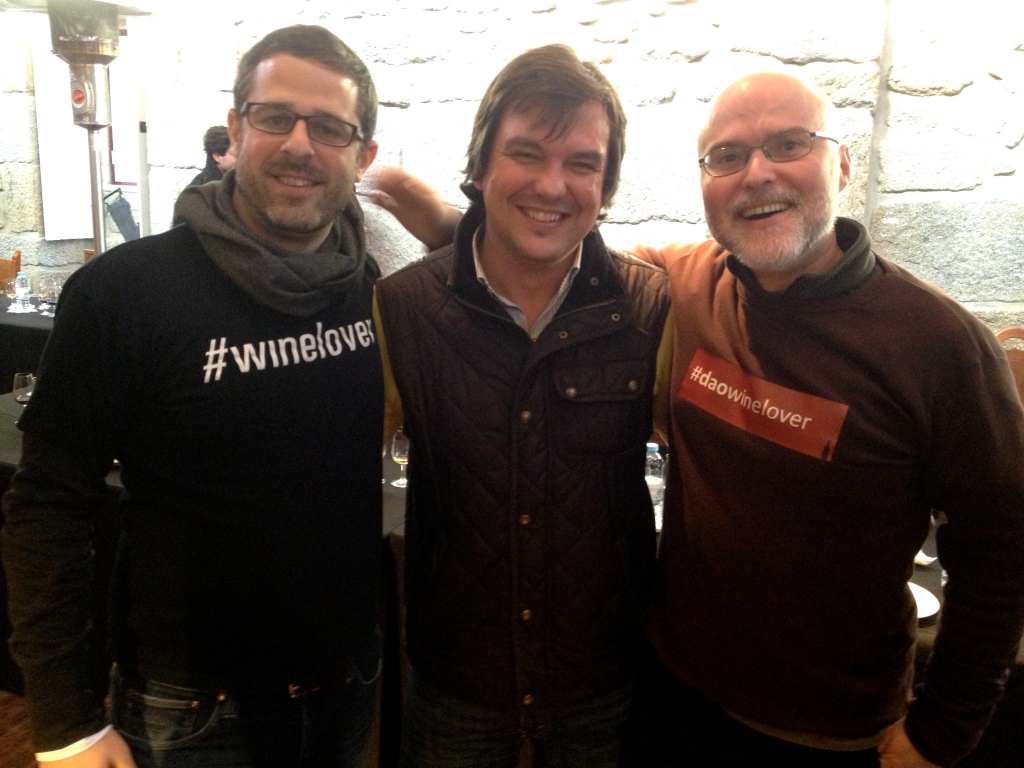 Me, Paulo Nunes (from Casa da Passarela) and Rui Miguel Massa (from Pingas no Copo)

Thank you Miguel Pereira, Rui Miguel Massa and Paulo Nunes (from Casa da Passarela) for the great event. You’re making sure the Dão wine region gets what it deserves, a great reputation to match its great wines.