TWA Personality of the Year 2012

I’m very honored to have been nominated and awarded as the TWA Personality of the Year 2012.

It’s a great feeling to see my work recognized by my peers in the wine industry. Nominations and voting for the TWA Awards happen on the TWA Facebook group which includes over 650 bloggers, #winelover’s, winemakers, wine critics and wine writers from the Portuguese wine industry.

Being voted as the person who in 2012 most contributed for the promotion for Portuguese wine is a big honor with even bigger responsibilities. Thank you to everyone who has been supporting me throughout the years.

I hope this award has a deeper meaning for the Portuguese wine industry and is a clear sign that we’re are all ready for the much-needed change to the way we communicate wine and look at wine consumers. A change that will allow Portuguese wine to be even more recognized and respected around the world for its superior quality and exciting wines.

The Wizard Apprentice (TWA) is a Portuguese blog and community that organizes the TWA Awards. These awards nominate and vote on a series of different wine industry categories in Portugal including Best Online Communication (#winelover), Wine Event of the Year (Adegga Wine Market 2012), Best Producer Website (Niepoort) and Wine Personality of the Year. Thank you Hugo Mendes for organizing this second edition of the TWA Awards and for making it possible to showcase the work that is being done in Portugal and for Portuguese wine. 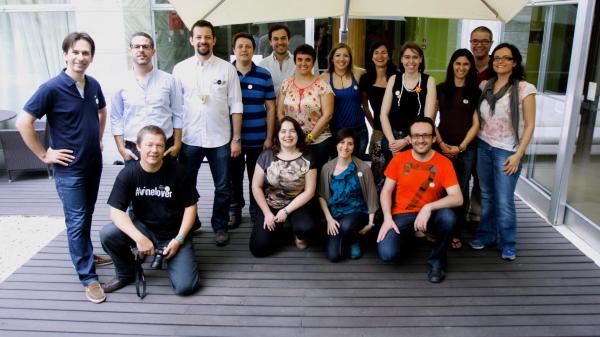 A very special thank you to the great team that helps put together Adegga Wine Markets year after year (including those not on the photo – you know who you are).

Now to celebrate by opening and enjoying a good bottle of Port Wine!